On Sunday 26th January we celebrated our Patronal Festival – the day we give thanks for the life and work of St. Paul – with a visit from Bishop Keith, who presided and preached to us at our service and then came prayer-walking with us around part of the parish afterwards.

One of the questions the story of Paul and his conversion always throws up for me is what it takes to turn the heart of someone towards God. Open your newspaper or web browser on any day of the week and you will find stories of people who do terrible things to others. You may entertain feelings of hopelessness – how can people be like this and what could ever change them?

It is worth recalling that Paul first comes into view looking after the coats of the people who stoned Stephen to death (Acts 7.58). We are told that he approved of the murder and that subsequently he ‘ravaged’ the church, entering the houses of believers and dragging off both men and women to prison (Acts 8.3). Such was his vehement hatred of ‘followers of the Way’ that he asked the High Priest himself for approval to go to Damascus to seek them out and bring them back as prisoners to Jerusalem (Acts 9.1-3). Paul was a man ‘breathing threats and murder’.

Recently I met a man who told me that he used to be a drug baron in Manchester, and what is more he had enjoyed hurting the people who failed to pay their debts to him. He had been bound up in a cycle of violence since childhood and as he grew into being a very big man he had discovered that he could make others fear him. And he had a gunshot wound to prove it. 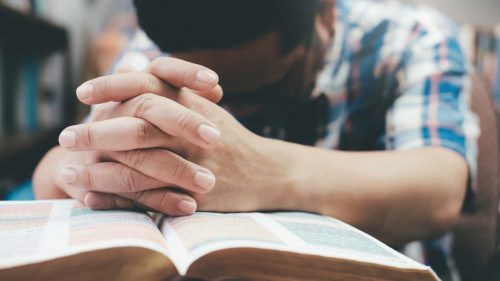 What had turned this man’s life around? He had served time in prison and had been part of an addiction rehabilitation programme. He had been introduced to prayer as a way of helping him to stabilise and he found that it worked. It was a short step from there to reading the Bible and beginning to understand that he could be forgiven for his past actions. Out of prison he moved away from the scenes of his old crimes and joined a church near his new home. Now he hopes to train as a pastor so that he can return to his old haunts, this time bearing the good news of the gospel rather than a gun.

God found the right way of intervening in that man’s life, turning his heart away from violence towards the source of all love, all stability, all truth and all fulfilment. Other humans were involved in that process, people who were prepared to talk to this man, pray for him, teach him and nurture him, just like Ananias and the disciples in Damascus did when Paul came so unexpectedly amongst them.

Perhaps we could play our own part in co-operating with God in his work of conversion – the next time you read a story about violence in the newspaper, why not pause and pray – for the victims and the perpetrators, that they may be released from the hatreds that bind them. Of course Paul witnessed Stephen’s murder and would therefore have heard the words of forgiveness that Stephen prayed even as he died. Words of forgiveness are powerful – perhaps they were the triggers that God used to prepare Paul for his experience on the Damascan road. Let words of forgiveness be on our lips too so that we may be a blessing to the world in the face of evil.